Musings from an individual contributor of society 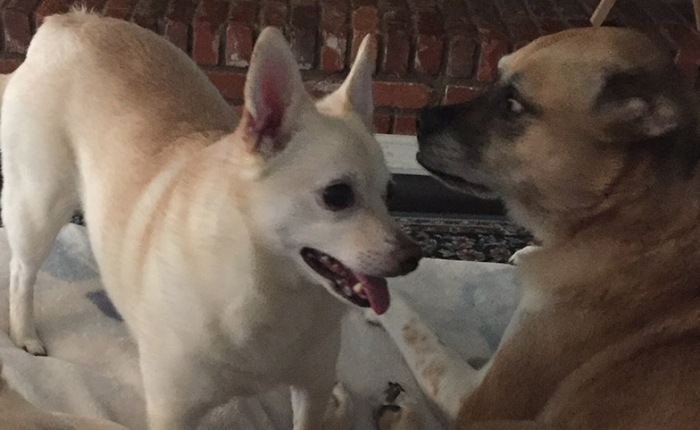 During our drive back from CJ’s new college on Saturday, we got this text message:

This was, like, WAY many hours into the drive, so there was really NOTHING we could do at this point.

I asked if it was charged. This seems obvious but with CJ, one never knows. It was.

This is not good.

I start googling on my phone and ask her to start in safe boot mode, or attempt to bring it up with a different set up. Nothing works.

She suggests bringing it to it. It takes just an extra micro-second to figure out “it” is “IT”. I was surprised she would suggest it because it takes effort on her part to *do* something, and go some place…some place she’s not accustomed to. But alas, IT is only opened M-F.

I had contemplated getting her a new computer but she had a perfectly good working one that met the school’s requirements, so we decided not to…then THIS happens. So I quickly started googling new computers from the school’s computer purchase site.

Why couldn’t these be included in all the astronomical fees we have already paid for?

CJ had been working and out and about in a very active social life before moving out, so it doesn’t feel too different yet. It’s just the _knowing_ that she’s there that still brings tears to my eyes.

But we had a good text conversation today about her classes and her new computer. I worry about her “night before school”, as she tends to get excited and anxious – as most people do – and I’m not there to coax her. Here’s an my blog post about her troubled night before starting fourth grade.

We aren’t there to wake her up – she’s a deep, DEEP sleeper – to make sure she’s not late for her first class.

Yesterday, the dogs seemed to know something was up. Well, at least the twins. Ricky wouldn’t stop jumping and following MiMi around, and Lucy, who is not a follower, would not stop shadowing me or MiMi.

Today, Brenna looks out the window, which she usually does but CJ usually arrives home from work or where ever she’s been. 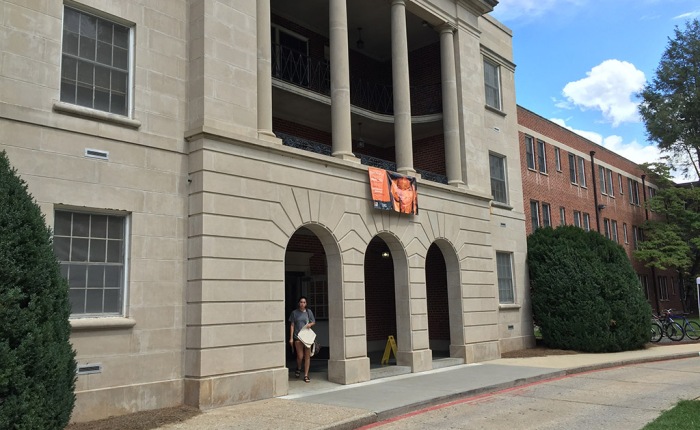 My oldest daughter, CJ, is off to college.

We moved her in this past Friday, August 19th. I’ve been looking forward to it, as well as fearing it.

Parting is such sweet sorrow that I shall say goodnight till it be morrow. -William Shakespeare

Romeo’s words have great meaning to me. I am excited for CJ’s new adventure: her true independence, meeting new people, or as a friend of mine described it: “finding her tribe”, discovering what she wants in her life. It’s just an exciting time.

But it’s also a change for me: our lives are changed. She is no longer my daughter who lives at home with me. She will no longer be the girl sleeping in on the weekend…every weekend. Or another plate at the table. Or the picky eater we need to accommodate for as we think about what to order, what to cook, where to go eat.

It’s the day I have cried about for many years: every year around this time, I’ve read about families who have said their goodbyes to their own college-bound children. And each story has broken my own heart, empathizing the day I’d have to experience this.

Move in day
wasn’t an emotional one, unless you count anxiety and frustration on her part, and weariness on ours.

Her school is a good five plus hours away, so it’s quite a long drive. She wasn’t completely packed the morning we drove out there. We had a bit of a late-r start than intended but managed to hit the road around 9:30 to get there before 3PM. 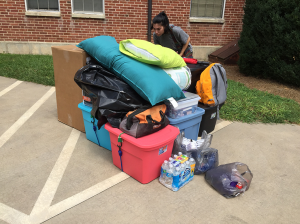 We got to her dorm room, which had the tradition of having her name on it, and got all of her stuff in fairly quickly.

Tim got her bed set up (furniture all included by the school), as well as the fridge and microwave. I made her bed and Mi-Mi helped fold her clothes.

Right now, she has not roommate, as the assigned roommate decided to go to another school, so half of the room is bare, which makes it hard to really “decorate” the room…which I think led to a bit of frustration on CJ’s part. “It looks messy” was her sigh of disappointment, with a few boxes still left to unpack and perhaps, the design in her mind not coming together.

Nonetheless, we eventually left her on her own as a “convocation” was set for her to attend and we were starving. I’m sure she was but she had to fend for herself.

We had a disappointing meal at the nearby Tuck’s Tap & Grille, where the waiter was actually doing a great job of meeting the demand of all the tables. Unfortunate
ly, he was serving crappy food. Well, the bacon on the bacon cheese fries was good but everything else came out of a bag or a box. But Tim wasn’t surprised. I guess I always expect something better.

The convocation, which is a “formal assembly of people” (had to look that one up”, was the where the separation of parents and students began. I had envisioned us meeting up with her for this event. But noooooo. There were a slew of people making sure that parents were aware that they were to enter “Gate G” and I noticed the alert eyes watching us, to ensure we didn’t try to sneak in another gate. As if.

I was impressed with the school’s chancellor and other members who spoke. They were quite inspiring. I was ready to spread my wings and find success. However, after they spoke, the class of 2020 was off to take a class photo and we were unable to see her again that evening.

The next day, we grabbed a few more things for her at Walmart and had one last meet and

greet with her in her room before we headed back home.

Yes. I cried. Although I knew I would, I really tried not to. My eyes teared up and I tried keeping them in and then I spoke, “Have fun” – and my voice trembled and the tears tumbled out of my eyes, as they do now while I type this out.

I cried quite a few more times on the way home. MGMT came on, which reminded me of our vacation to Canada, to see MGMT, one of CJ’s favorite bands. Then Black Rebel Motorcycle Club, which reminded me of my time visiting Dogstar, which was just a time when she was young and how fast time flies.